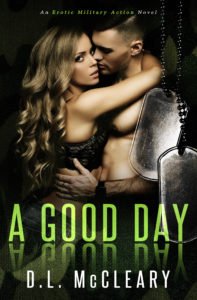 Lieutenant Colonel David “Deuce” Wilcox’s last mission began the same as any other, until a fierce battle in the badlands of Afghanistan left him badly wounded. Awakening in a hospital in Germany, Deuce realizes his life is about to change in ways he never imagined. While healing from his wounds, his wife Isabel, the love of his life, joins him in Germany. Now a civilian, he begins running a very successful black ops organization, funded by back channels of the U.S. Government.

Deuce will have to figure out how to handle an international black ops firm during the upcoming war, all while trying to understand his wife’s new and exciting sexual desires. To succeed, he will have to re-invent himself throughout this thrilling and sexually explicit story.